In the first day of war we all, maybe excluding some small part of military professionals and experts, couldn’t believe that the war started. Everybody knew and painfully lived through the war in Donetsk and Lugansk regions, however, to be quite honest about it, all this was somewhere far away. We didn’t accept that Russia annexed Crimea in 2014 year, but somehow, again frankly, we are used to that. Every day during the last several months we daily heard about the fact that military exerc... 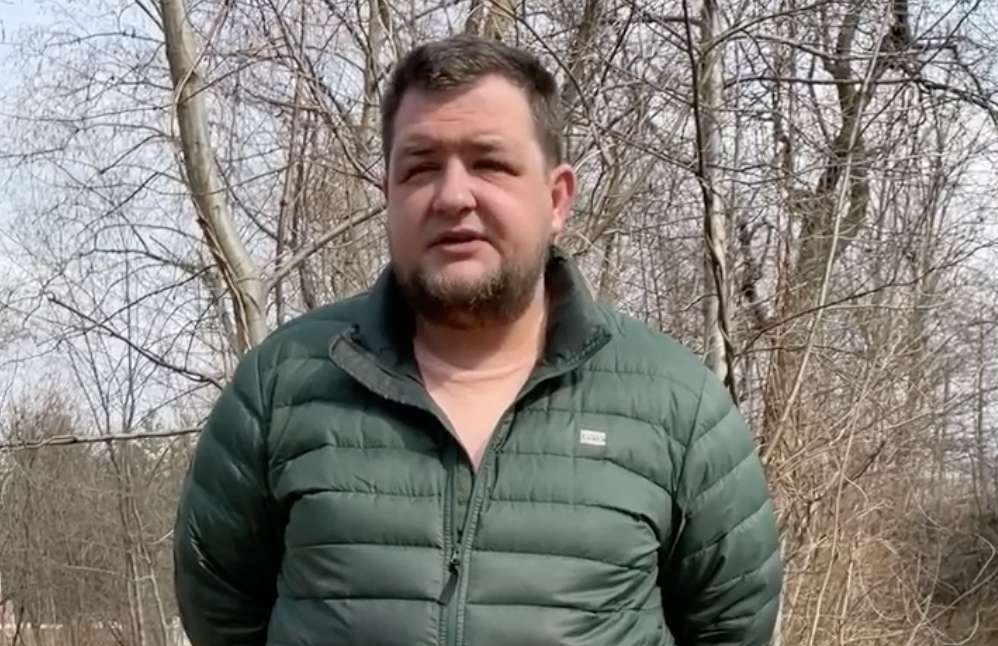 In the first day of war we all, maybe excluding some small part of military professionals and experts, couldn’t believe that the war started. Everybody knew and painfully lived through the war in Donetsk and Lugansk regions, however, to be quite honest about it, all this was somewhere far away. We didn’t accept that Russia annexed Crimea in 2014 year, but somehow, again frankly, we are used to that. Every day during the last several months we daily heard about the fact that military exercises near the borders of our country are preparation of the Russian dictator for the invasion of Ukraine, however none of us or our surroundings believed in it. Everyone had its own plans for the future, the country lived and developed, everybody believed that “there will be tomorrow” and it will be better than “today”.

Everything broke at 5 a.m. on February 24, 2022. Each of us, our community, our region, our country became different and for a rather short period of time we completely rethought goals and horizons of our existence. The first day of war wasn’t so terrible personally for me and it seemed that it was old movie footage. Wild traffic jams from 6 a.m., endless queues at ATMs and meter-long queues at supermarket checkouts, incomprehensible fuss in the morning streets. You couldn’t believe that all this was happening for real and it seemed that the next moment all this horror will end. Now, after three weeks of the heroic struggle of the Armed Forces of Ukraine and our people against the occupier these thoughts seem completely naïve, but in the first day it seemed so.

After solving some work and household issues, when returning to my wife and daughter, I found out that our chief accountant came to work in the morning, prepared required reports, did everything that was needed and now didn’t understand how to get home to town Borodyanka. My family was in Irpin, that is why I just came to the office at 19.30, took her and brought her from Kyiv to Borodyanka through Moshchun, Gostomel, Irpin, Bucha, Klavdievo. That time we were going just on the Warsaw highway through usual cozy towns of peaceful Ukraine and didn’t understand that in the coming days and weeks the names of these towns and villages will become the synonyms of courage of the Armed Forces of Ukraine and Ukrainian people. We didn’t realize that they will become the synonyms of the tragedy of peaceful Ukrainian people, the tragedy which was brought into our home by the former “fraternal people” and in fact who is the cruel occupier that came to the territory of Ukraine and is trying to capture it and to ruin, to raze our incredibly beautiful cities to the ground.

On the third day of war me with my wife and daughter were forced to move temporally to the Western Ukraine. It was a difficult decision to leave our home, but I have never seen in my life such a horror on the person’s face. The real terrifying horror in eyes and the absolute inability to fall asleep. I didn’t know that it could be, except in the movies. But I saw that in my own wife’s eyes. I couldn’t let my 3-year old baby know what was really going on and traumatize her child’s pink worldview with the horrors of war.

We didn’t understand what to do next and how to live for several days in the pretty town in the Carpathian Mountains. I am used to a 12-14 hour working day at least 6 days a week, but I got into an absolute vacuum. We just did nothing but listened to and read the news from all possible sources. It was depressing, it was clear that we needed to act and help our Homeland, but I have nothing to do with the Armed Forces, never served in the army, never even went through a military department or similar training. The people’s thirst to stop the occupier was and remains so strong that there was no place for a person without military experience even in the territorial defense. Every Ukrainian wants and will protect his home with weapon in hands.

After several phone conversations with friends and familiars, after realizing that the usual supply chains and methods were destroyed by the war it became clear that we as well as our family can be useful. Since the aggressor came to our home, our Ukraine, for the first time yet in 2014 year, in every Ukrainian town, every city, every village literally for a few days the citizens united themselves and started gathering everything that will possibly be needed for the Armed Forces of Ukraine for the victory. Everyone took from home or purchased absolutely different foods, household goods, medicine etc. More “professional” organizations like Red Cross or the First Volunteer Medical Battalion were actively involved in the process, and we in our turn due to collecting information about the needs of the individual units of the Armed Forces, medical institutions and Territorial communities, where we had friends, colleagues and familiars, were able to actualize the need, to meet the need and to provide logistics. This is how we spent the last 2 weeks. We became necessary and useful again, we turned all the vehicles in our family into trucks)). Without undue modesty I can say that we together with the Western Ukrainian Volunteer Organizations provided around 15 villages and towns in Zhytomyr region of Ukraine, in particular Ovruch, Korosten, Olevsk, Klesov, Irshansk, Luhiny, Malyn, Gorshchyk, Omelyanivka, with medicine and basic necessities goods. Each of the communities of these localities are faced with the issue that delivery of medicines and household goods simply stopped, we all together with the heads of these communities and the doctors of the local health institutions could prevent a humanitarian catastrophe.

People, children are dying every day in this war. Our personal terrible news came on March 6, 2022. We found out that our friend and colleague Lyubomyr Koronskyi died. He died while being in the Armed Forces of Ukraine since the first days of war and protecting all of us from the enemy that treacherously attacked our country.

Recently, having expanded the geography of our activity, we are increasingly faced with a shortage of medicines and industrial goods. More and more often we realize that our enthusiasm and time for the benefit of our Motherland are limited, but the driver of a truck carrying out our cargo from Italy has to at least refuel his car. And our friends and partners in India are ready to make a great discount for the bulletproof vests, which are extremely needed for Territorial defense near the front, but air delivery costs money; medicines in volunteer centers are running out, and money is needed to buy them; we are confident that soon our people win this damn war and we will need to rebuild what the occupiers destroyed, and it also requires money. Our inspiration and willing to help are endless, but the resources, unfortunately, are severely limited.

That is why we decided to create “Charitable Foundation LEO named after Lyubomyr Koronskyi”. We ask each of you to treat grief caused by the country-terrorist Russia and grief of every particular family, which lost somebody close and dear, with understanding and to help us as much as possible.

The Charitable foundation LEO works and will work for every Ukrainian both during the war and after our victory.
There is no threshold for fundraising, as there are many times more requests and needs than we can do.
The charitable contribution is non-refundable and will be used for the needs of Ukrainians anyway